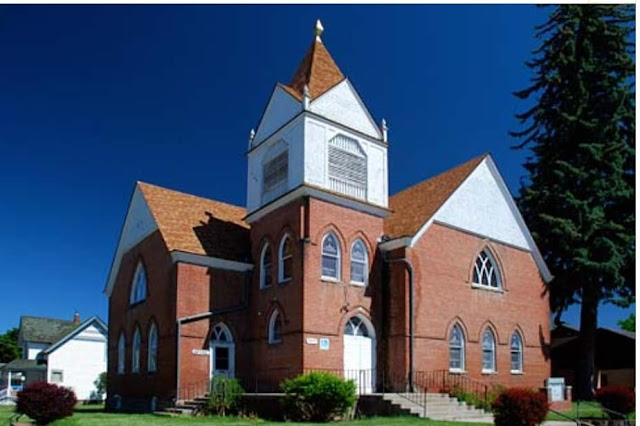 The Methodist Epistical Church was established in Union during the 1860’s.  In 1864 some of the families started holding religious services in homes, among whom where Simon and Conrad Miller,  Miles Baird and A.P. Eaton.  W.T. Wright established the Sunday school in May of that year, the first in Union and the Grande Ronde Valley. 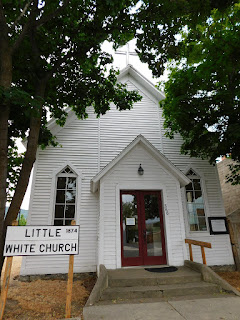 In 1873 the Methodist Episcopal members, from their personal savings, constructed the church building on Main Street (now referred to as “The Little White Church”), adjoining the Union City Hall property.  Members on the board at this time were Simon Miller, Miles Baird, A.E. Eaton, Samuel Hannah, W.T Wright and William Hutchingson, Sr.  For thirty-one years services were held in this building.

After selling the building to the Catholic Church in 1904, the Methodist were temporarily housed in the courtroom of the Union County Court House and in the Chrsitstian Church, both in Union.  J.C. Walker was the pastor at this time.  Conference was known as “Union Grande Ronde” and “Boise Columbia River”.

In January 1927, the Presbyterian Church closed its doors, and rented out its parsonage.  These properties were located in a section bounded by Main and Presbyterian Street and Jim Webb’s alley.  When the church closed, members transferred to a church of their choice and some transferred to the Union Methodist Church.

After the property was sold in 1920 to Morton and Eleanor Davis, ther deed was signed by the local trustees of the Presbytertian Church, namely W.O. Haggerly, Charles G. Craver, Charles Jones and Nele Morrison.  Before Davis had the church ron down, he and Mrs. Davis gave the Presbytertian bell to the Methodist Church.

Mrs. S.E. Miller and the Sunday School classes raised the funds (pennies included) to move the bell to its present location in the Methodist Church belfry.  Ori Cline contracted to do this difficult job.  The bell still rings out each week calling people to Sunday worship.

In 1954 twelve new folding tables were purchased by the Young Adult Fellowship Group.

On Palm Sunday, in April 3, 1955, the Golden anniversary of the present building was celebrated (1905) and the Fellowship center was dedicated.  The Methodist Church had served the community of Union for almost 90 years.  Dr. V.A. Bolen served the pulpit as a lay speaker at this time,

The building committee for the center were Merton Davis (chairperson), Charles Taylor, Rodney Miller, L.J. Knight, Fred Penbrook, Tom Horning, Gilbert Courtwight and a representative from the W.S.C.S (Women’s Society of Christian Service) and a young adult, name unknown. Wallace A. Johnson was director of music and Mrs. Johnson, the organist.

In 1956 the Young Adult Group purchased fifty-two chairs.  The group also purchased the storm windows on the south side of the Fellowship Hall.

During 1974 the gold rug for the sanctuary was purchased by the W.S.C.S. Also in  1974, the Grande Rcon Larger Parish was organized with the head office in the La Grande Methodist Church.  Reverend Robert T. Dowry still served a minister at this time.

On January 25th, 1976, the Senior Meals Program began in the Fellowship Center, serving every Tuesday.  Volunteers from Union churches and organizations take turns working in the kitchen and serving tables.

In June, 1978 the name of the Grande Ronde Larger Parish changed to Eagle Cap Ministries, serving four small churches (Elgin, Cove, North Powder and Union).  These churches worked jointly with two ministeres, one serving Elgin and Cove and the other Union and North Powder.  These four churches were served by Pastors Jim and Ninja Frieble who made their home in the Elgin parsonage.

Later in 1978, in September the first annual Lord’s Acre Auction was held.

The Union Methodist Church became a Convent church for a New Life Mission in 1980.

Also in this year, the Eagle Cap Ministries disbanded.  The Union church borrowed fifteen thousand dollars ($15,000.00) from the Conference Board of Mission to renovate the church and its property.  This year the work was contracted to place a new roof on the entire building.  (On June 12, Opel Bolen purchased another organ to replace the one that was dedicated to her husband. A total of forty-five ministers, four certified lay speakers and one pulpit supplier swerve to this date.

In 1981, the sanctuary was insulated and the UMW (United Methodist Women) purchased paint and contracted to have the Fellowship hall painted.  New drapes were purchased with church memorial funds.

In March of 1982, the Panama fans, purchased with memorial funds, were installed on the sanctuary ceiling.  In July a new furnace was installed in the sanitary cellar and a new one thousand gallon oil tank was buried.  Extensive upstairs work began in July, moving a wall to the other side of the room to provide a larger storage area.  Using memorials funds, workmen were able to refurbish both upper rooms with new carpet and two new folding tables.

(These rooms have brick walls behind the eight foot-panels.  Then first built the room on the west has risers to accommodate overflow congregation.   These were torn down in the early 1940 for a kitsch project that never materialized.)

This information herein obtained from past minutes, membership record and elder members

Email ThisBlogThis!Share to TwitterShare to FacebookShare to Pinterest
Labels: History

The mission of the Friends of The Historic Union Community Hall, Inc. shall be to: Foster community relationships, Provide and encourage par... 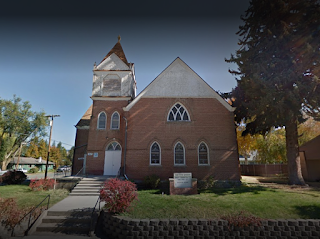 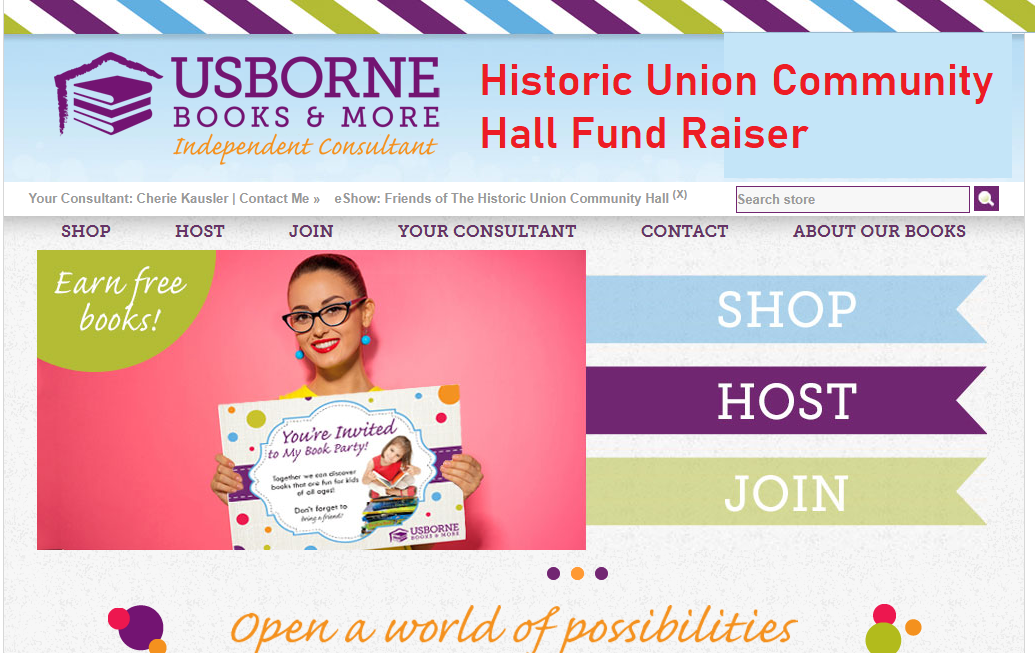